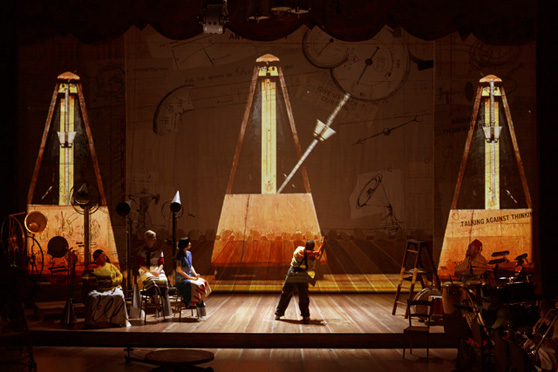 Howard Music is proud to announce that Adam has just concluded a series of sold-out performances at the Frascati Theatre in Amsterdam, for William Kentridge’s latest breathtaking international exhibition The Refusal of Time. The Project was commissioned for the 13th dOCUMeNTa in Kassel and features original compositions by Phillip Miller, hypnotic choreography by Dada Masilo, inspirational soundscapes by Gavan Eckhart, with HD film projections by William Kentridge and Catherine Meyburgh.

Through a provocative combination of dance, music, imagery and mammoth steampunk-esque mechanical devices, the orchestral performance piece explores the concept of time from a vivid new perspective. The “avant-garde chamber opera” is arranged and conducted by Adam and successfully transports the audience to a realm where the cast-iron lines between art and science are unashamedly torn down and re-envisioned. Like the finely tuned cogs of a magnificent musical time machine, the exhibition captures that most illusive of phenomenon, the passage and pressure of time, and leaves an indelible impression on the senses.

Pre-production kicked off around the beginning of the year when Kentridge and Miller commissioned Adam to edit and orchestrate the score for a full ensemble, sync the resulting music with imagery, and devise a way to not only remotely trigger a suspended mechanical drum set, but keep track of every click and cue throughout the performance. With a helping hand from James Bassingthwaite, Adam spent 3 months crafting pads and scores for the 25 individual pieces, which culminated in over 80 minutes of music.

After a series of rehearsals at Kentridge’s studio at Arts on Main in Johannesburg, Adam packed his trumpet and eloped to Amsterdam where he officially stepped up as Musical Director and Conductor for Refuse the Hour. Apart from Italian pianist Vincenzo Pasquariello, French Soprano Donatienne Michel-Dansac, and Australian vocalist Joanna Dudley, the cast are all proudly South African. After several standing ovations in Amsterdam Refuse the Hour will be headlining the Festival d’Avignon in France, and perform in Rome and Athens later this year. 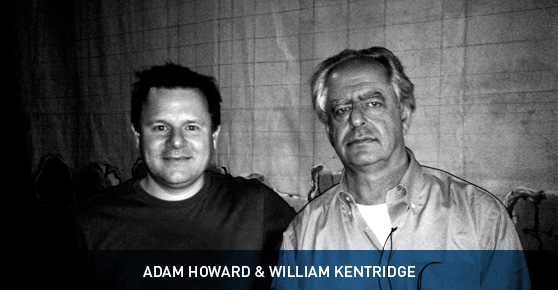 P.S. We did not accidentally include a blurry photograph of Adam in one of those infamous Coffee shops…

Adam Howard is an award-winning musician, composer and creative force behind the Johannesburg Big Band. From his state of the art recording studio in the heart of the Ministry Of Illusion in Bryanston – Johannesburg, he has composed and scored numerous award winning commercials, live events, corporate AV’s and TV shows.

Pick a Medium. Any Medium…